A roofing company which has been operating in the West Midlands and is based on Blucher Street in central Birmingham has been celebrating its 20th year in the roofing trade. The well trusted and established company have been a homeowner favourite in the area for 2 decades and have built a solid reputation in first class customer service, value for money and quality workmanship. The contractors have been servicing Birmingham and surrounding areas with a team of roofing experts since 1999. They are well known as being a family run and friendly business, from the reception you get when you first make your enquiry to the finished roofing job, they have always strived to please.

Background and History of Birmingham Roofers

Back in 1999 when Birmingham was still trying to update and improve its rail system to nearby towns and cities, the roofing trade was experiencing changes of its own. Residential Estates like Lee Bank were going through a transfer from city council properties to a Community housing Association this gave independent contractors who were not already part of the council’s panel, an opportunity to thrive.

Maguire Roofing Corporation was in its infancy but continued to grow during these times, always calling on the local labour force to employ workers. Later changing their name to Birmingham Roofers they were the brainchild of budding entrepreneur and experienced roofing contractor Harry Maguire

Harry Maguire was only 28 when the company started and he remembers well the struggles in those first early years, “In the beginning it was just me and a couple of colleagues I’d persuaded away from the roofing contractor we were working for at the time. I offered them better rates of pay and more flexible working hours and that seemed to do the trick. We were up and running and getting our first few customers.

Local press always ask me what is the secret to running a successful company. I just tell them that roofer’s in Birmingham just want what any tradesman wants – and that is an understanding boss who has experience as a roofer and knows how the job should be done correctly”

“All too often these day, roofers are working for corporations that don’t understand the day to day grind of being up on a roof in all weathers trying to do a quality roofing installation”

In the twenty years they have been in operation Birmingham Roofers have always tried to cater for All Aspects of Roofing. They provide for residential houses with pitched roofs using old slate tiling as well as concrete tiled roofing. Many houses in Birmingham also have flat roofing and will need experienced asphalt contractors to deal with this. Using a company with such knowledge means any roofing works that is required they will have a specialist team to deal with it.

The roof repair market in Birmingham is huge. Every time there is a large volume of rain, which in the West Midlands can be all too often – houses across the city start to leak, so there is a huge market for roofers who can deal quickly and efficiently when there is an emergency

Hire A Trusted and Recognised Roofing Contractor in Birmingham

Finding The Best Roofers and What You Should Focus On

When you have an emergency it is important that you hire an experienced and trusted roofing company so that the problem is fixed for the long term instead of merely temporarily. Birmingham Roofers have the recognition and the team of expert roofers to attend your property and fix your situation, whether that be a leak or structural damage caused by strong wind, storms and weather.

The Advantages Of Experience and Roofing Knowledge

The main advantage of roofing expertise from companies like this one is safety. The roofing profession is fraught with danger and working conditions are naturally hazardous. When dealing with roofing companies in Birmingham that have the wealth of knowledge from years of experience then you are less likely for accidents to happen.

Also, using a company that has been trading for 20 years will mean the right work is done first time and for great value pricing. Let your job be taken care of by the right organisation and hire Birmingham Roofing today. 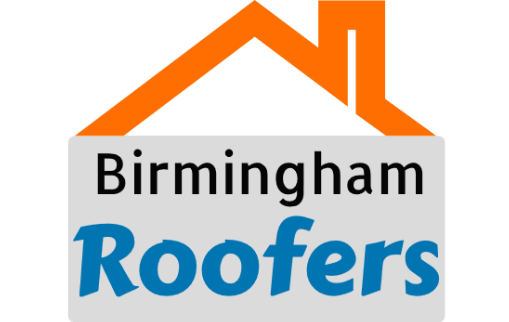